Needle bearing is a rotating bearing in which the rolling element is an elongated needle roller bearing. Including many kinds of type series.

Needle bearing is a rotating bearing in which the rolling element is an elongated needle roller bearing. Compared with the ball bearing, it has a small cross-sectional area and volume, but has a higher load capacity, so Needle bearings in constrained components are unique and therefore particularly suitable for applications where radial space is limited. 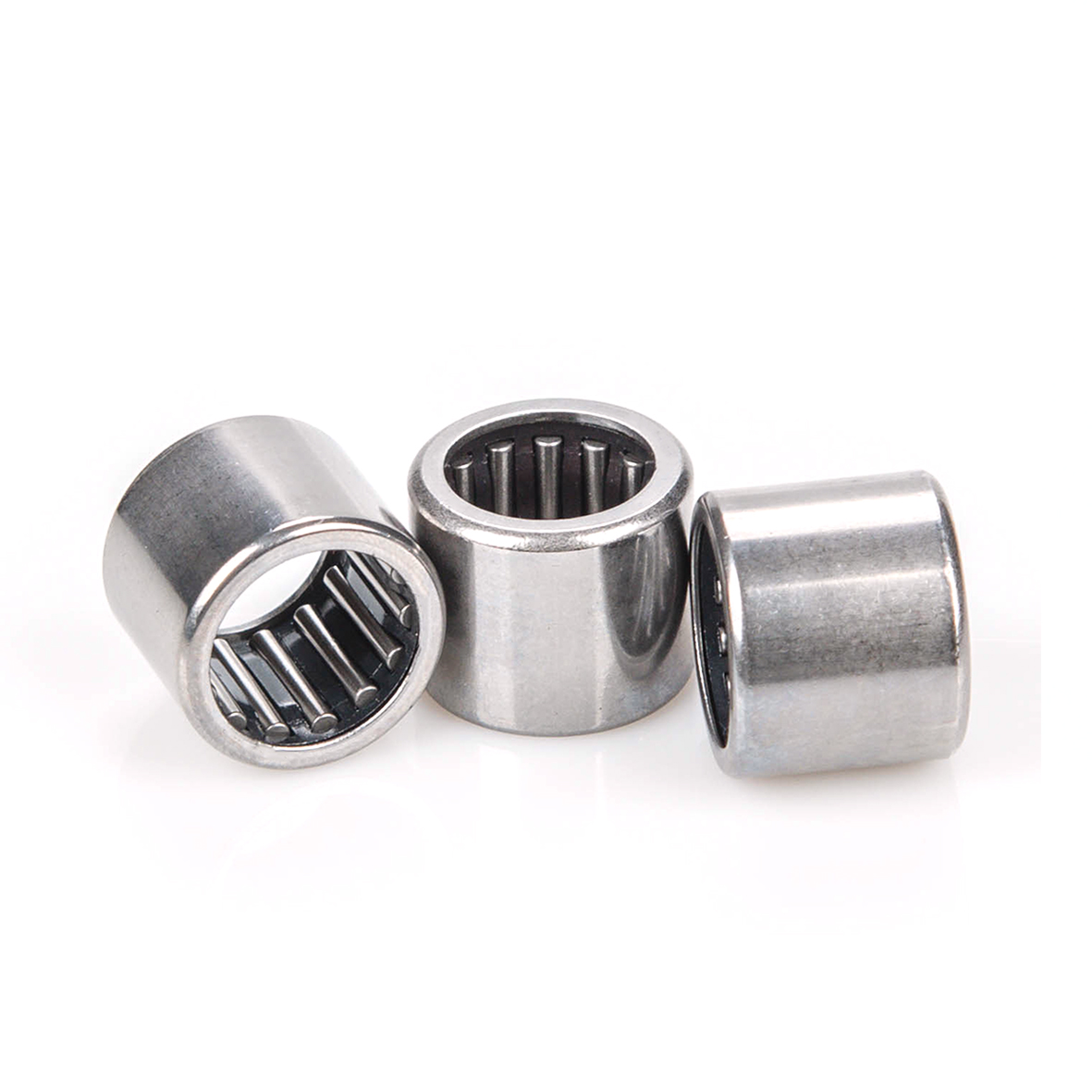 Drawn cup needle roller bearing(HK Series) is one of the needle roller bearings. It composed of  thin walled punched outer ring, retainer and a group of needle rollers. It is usually formed with thin steel plate through precision punching with very sectional height and big load capacity, so it is suitable for the needed of the low cost and mass produced.

Drawn cup needle roller bearing is used between the needle bearings and the bearing cage, and no axial fixture device is required. Even under the condition of high speed and heavy load, the original function of the bearing can be fully maintained, and not to be easily damaged. Due to the high storage volume of grease, the drawn cup needle roller bearing possibly without lubricating for a long time.

The sealed drawn cup needle roller bearings with sealing lips can normally protect the dirt from entering into the bearing and the lubricant leakage. 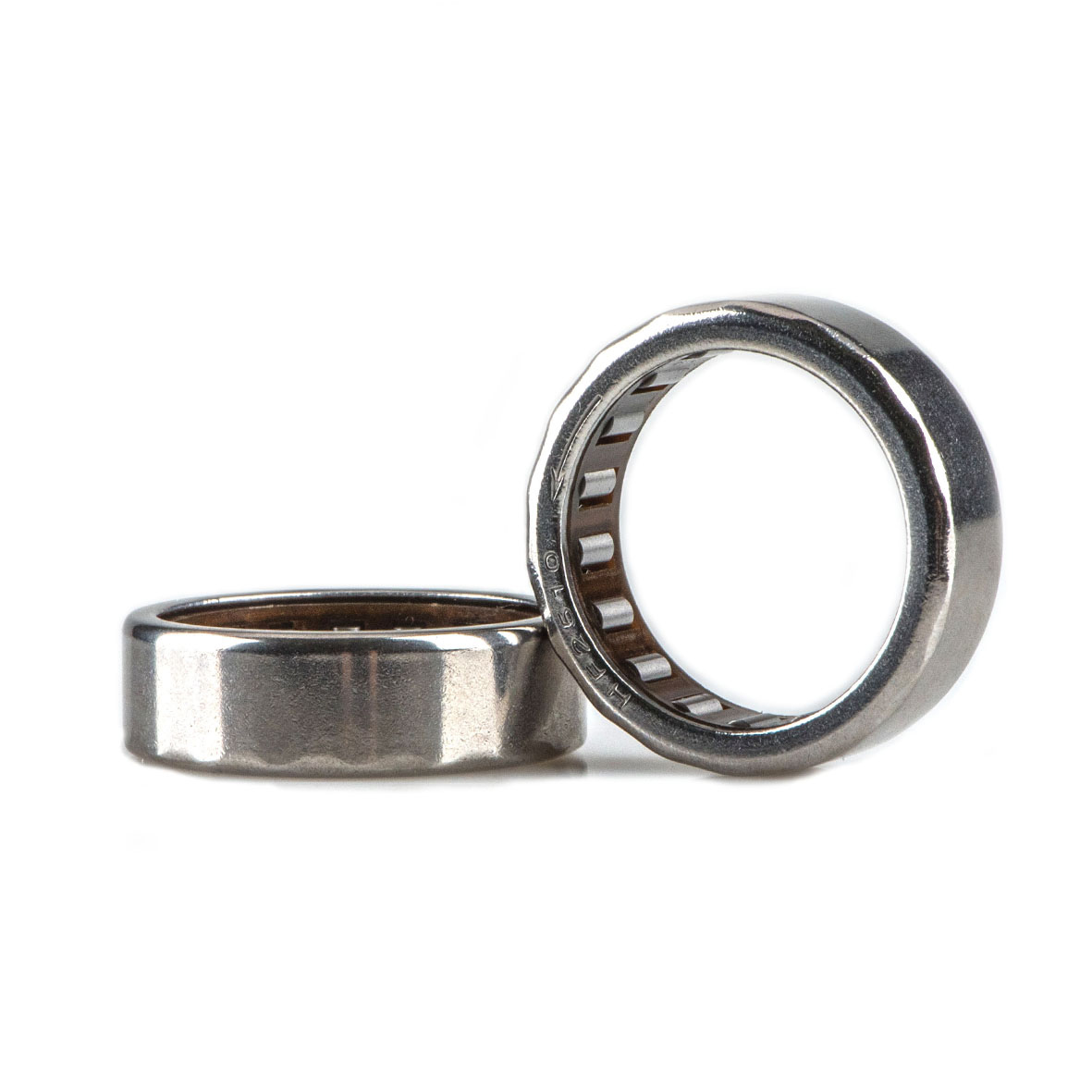 The one-way drawn cup needle clutch bearing(HF Series) is composed of thin wall punched outer ring and plastic retainer. The punched outer ring is made of alloy steel, and there’s the inradius surface which holds the needles tightly. The needle clutch has very small torque due to its thin radical. Each needle is supported by an independent spring, so higher switching frequency and precision are allowed.

The one-way drawn cup needle clutch bearing is greatly increased after special heat treatment. Metal springs are fitted on the plastic retainer which keeps the correct movement of the needles while the needles are used as clamping unit at the same time.

Through fitting the one-way drawn cup needle roller bearing of the same diameter on the two sides of the drawn cup needle clutch bearing, better supporting rigidity and rotation characteristics are achieved.

The one-way drawn cup needle clutch bearing assemblely HFL, HFLZ series has a two-in-one supporting bearing which can be a special space-saving support. The support bearings are needles and the plastic retainer, fitted by the two sides of the needle clutch to bear the radical load. 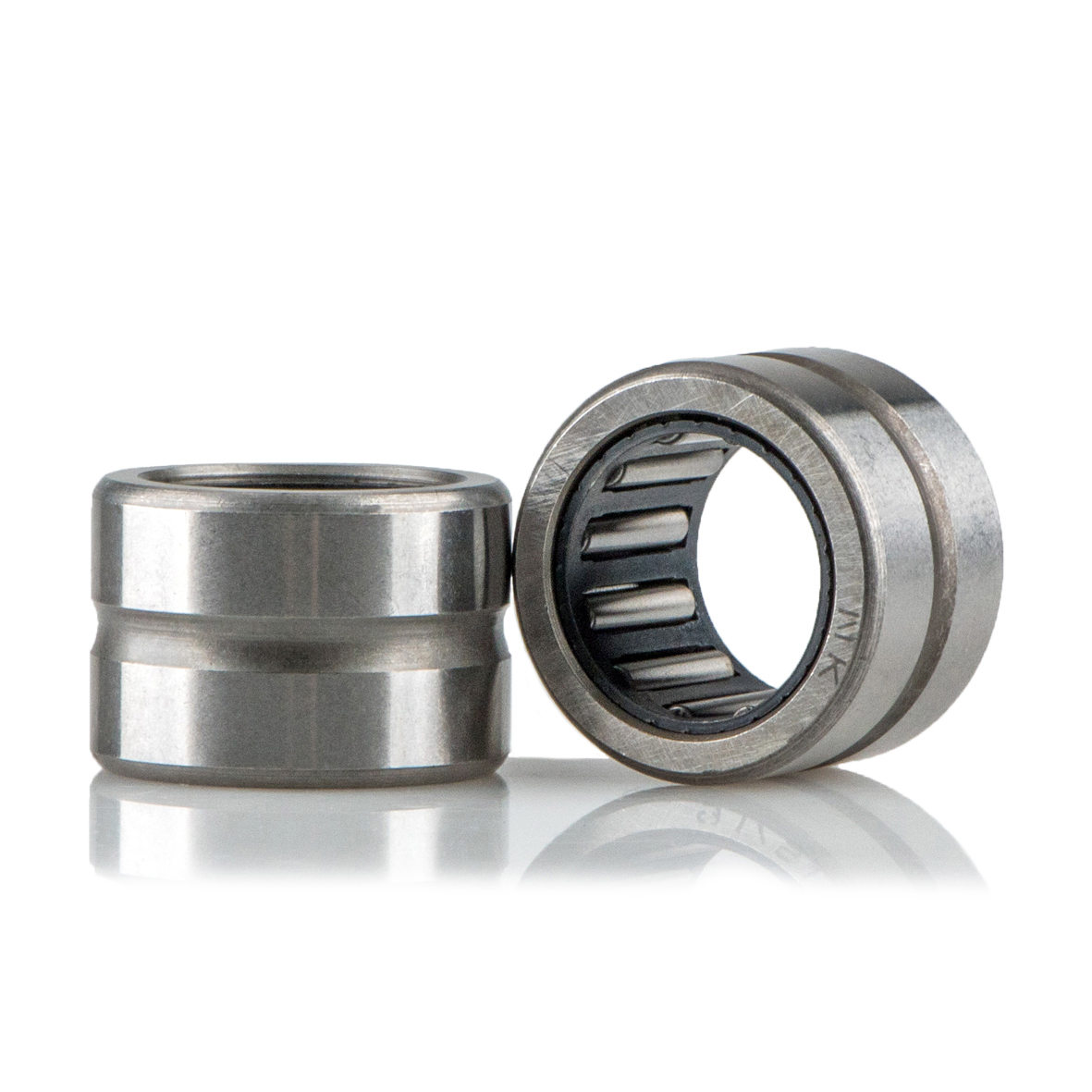 Entity bushed needle roller bearing(NK Series) is a kind of high capacity bearing with small sectional height. It can operate very flexibly even with the light alloy bearing seat due to its high hard outer ring. There are two series: metric and inch series. Both of which are structured with retainer, full needle and sealing types. Besides, the entity bushed needle roller bearings are divided into two kinds: that with inner ring and without ring. The center shaft is used as rolling body tray for those without inner ring so that its size is even smaller. 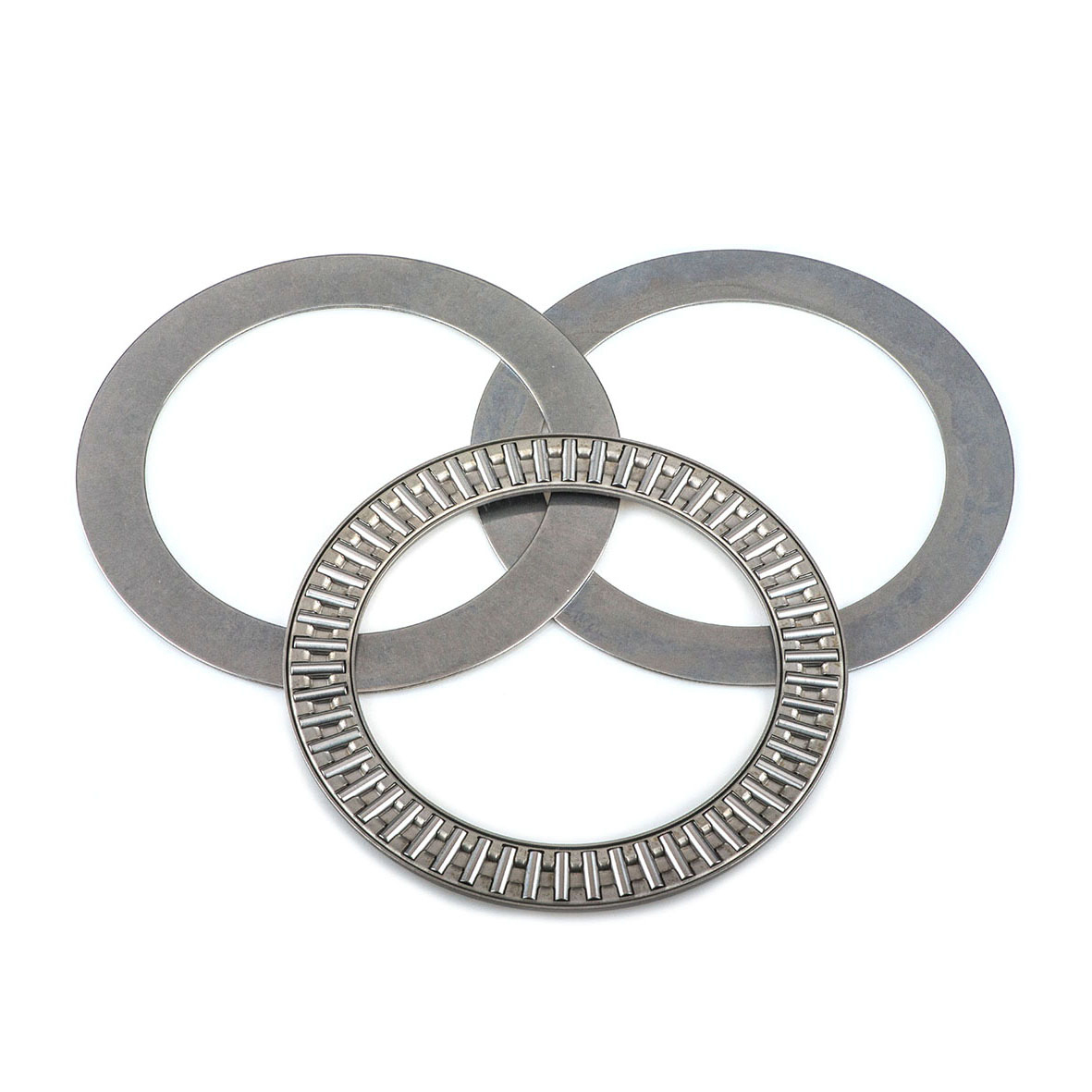 Thrust needle bearing(AXK Series) is composed of tray ring gaskets combined with retainer with needle roller bearings, the stand leads can hold many rolling element, there are very tiny differences among the elements in the same group. The trust needle bearings can support the bearings with the axial directional load and also can be used as the bearings with good rigidity and minimum axial occupied spaces.

The surface of the adjacent parts can be used as a tray for the rolling needles and the holding stand assembly, so the configuration of bearings can be very compacted. 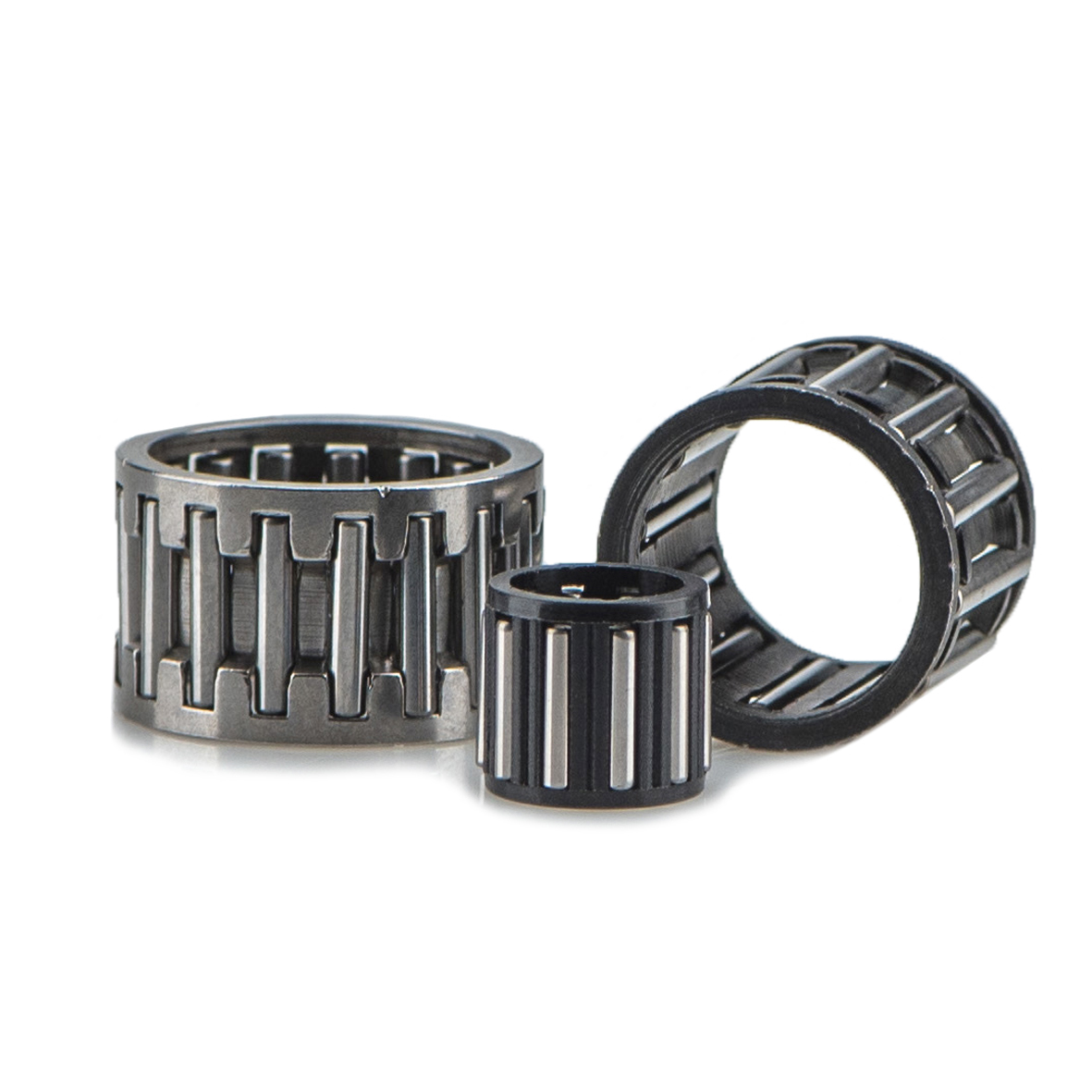 KT needle retainer assembly bearing is a kind of independent bearing unit with high load capacity and rigidity especially applicable for the tray of shaft and seat holes with the unit which is limited in radical dimension. Each needle have excellent operative characteristic due to each needle exactly guided and kept by the retainer. 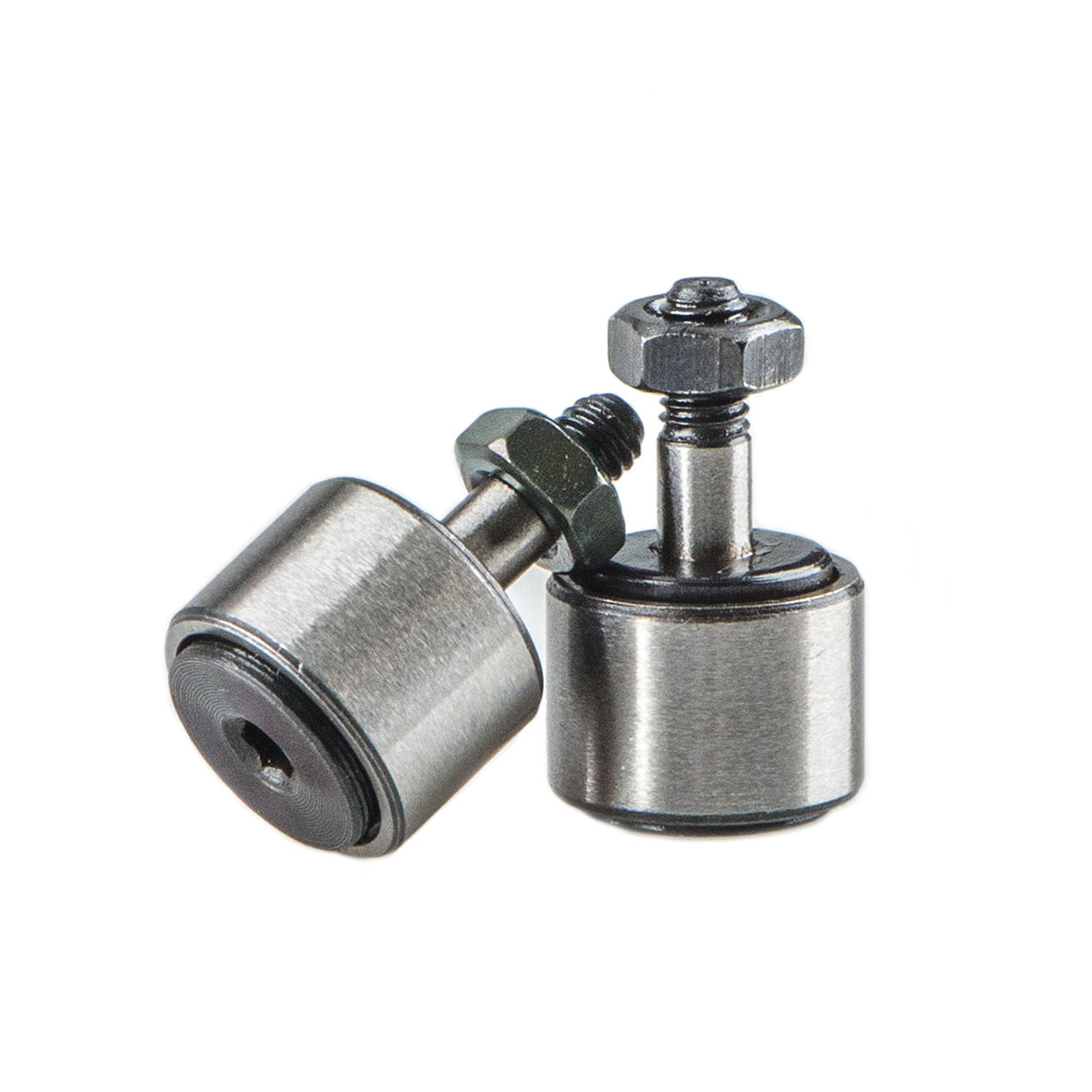 The bolt roller shaft is generally a full-loaded roller structure, and the bolt shaft raceway portion is quenched. To avoid the stress concentration, the thick wall of the outer ring of the outer surface of the roller is cured. The outer ring has two integral ribs, and the axial direction is guided by rollers. The bolt shaft head and the press-fit side retaining ring provide axial support for the outer ring through rollers.

Bolt roller shaft is suitable for heavier radial loads. Since the outer ring is axially guided by the roller, the bearing can also withstand heavy axial loads, allowing relatively high speed operation. However, since it is a full-loaded roller, it is necessary to replenish the grease frequently, and the lubricant can be filled through the both en ds of the mandrel and the holes in the mandrel body.

Bolted roller shafts and linear bearings have high rigidity, high precision and low friction coefficient for high speeds, and full-roller cam follower bearings are suitable for load applications at low speed or rocking motion. It is widely used in machine tools, industrial manipulators, electronic component devices, and OA equipment. The low coefficient of friction is suitable for high speeds, while the full-roller cam follower bearing is suitable for load applications with low speed or rocking motion. 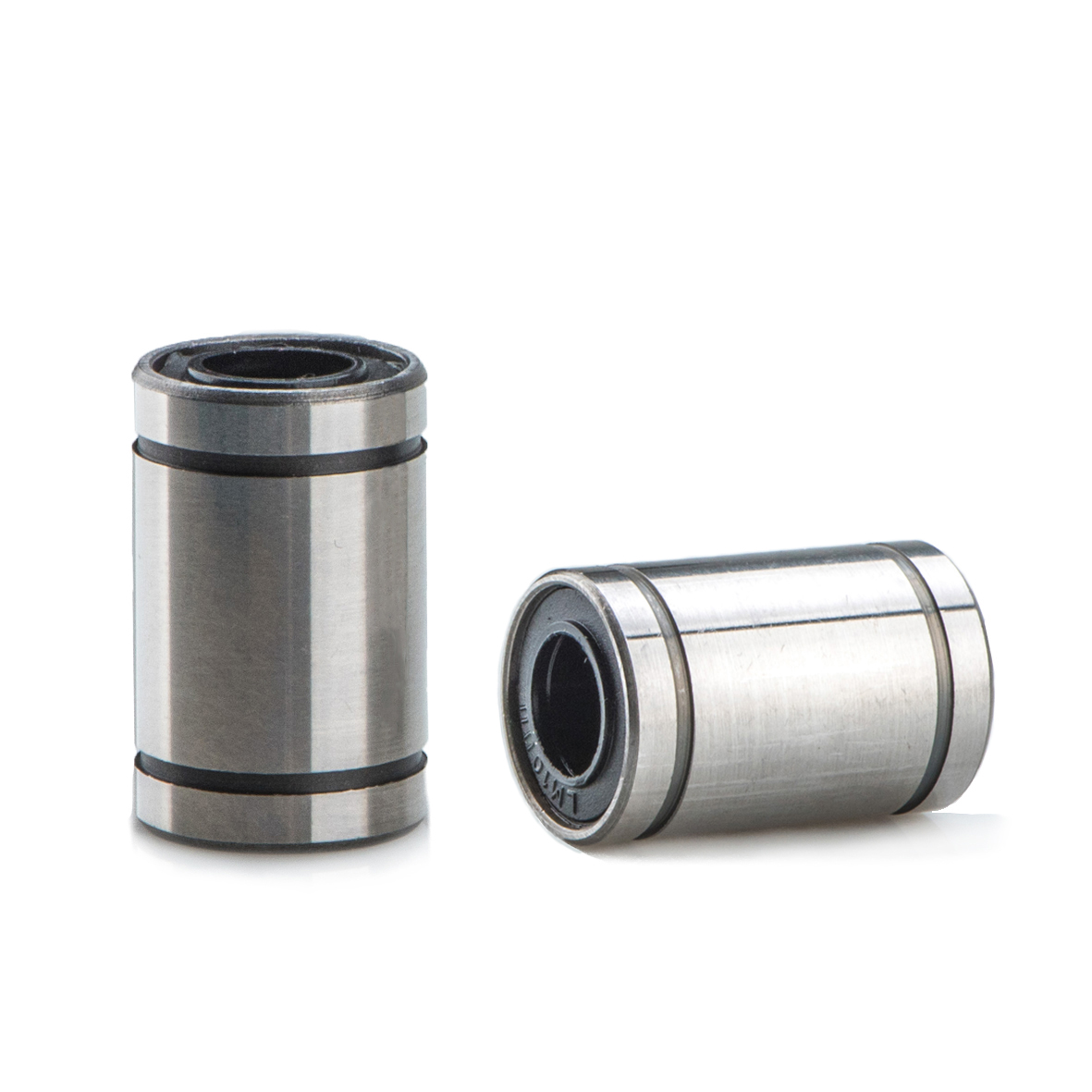 Linear bearings can be selected according to different environments.

The linear linear bearing is a linear moving element that is rotated by the steel ball, and has a simple structure, that is, a linear motion with low friction. It is widely used in linear motion mechanisms such as semiconductor manufacturing, food machinery, and precision machine tools.